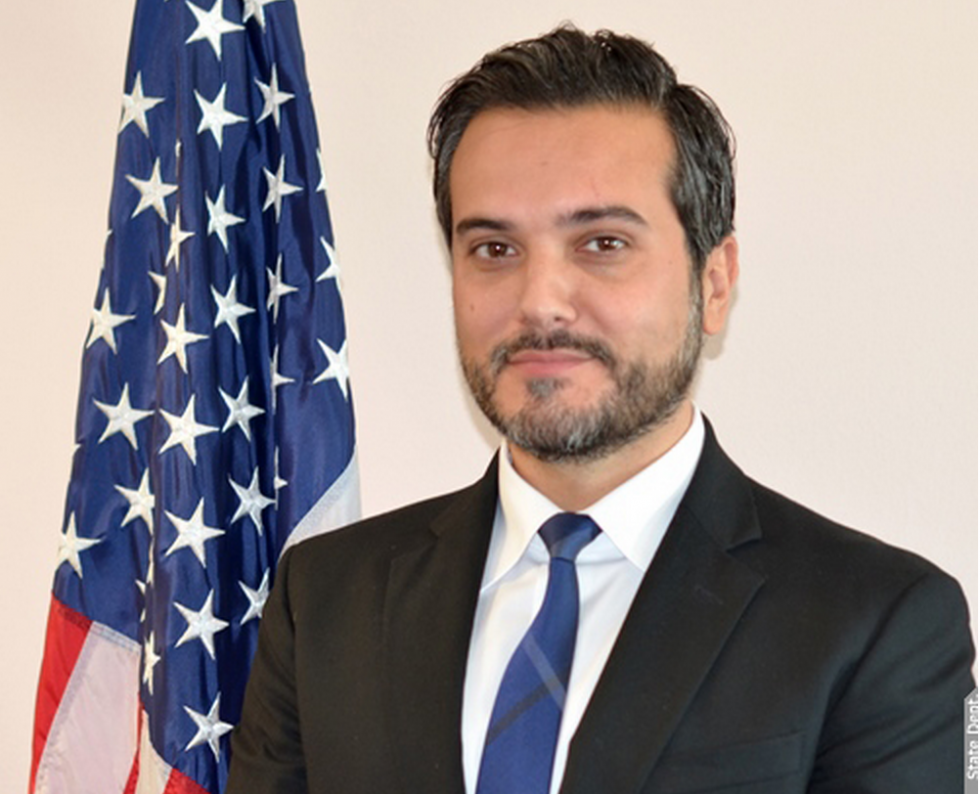 B. Bix Aliu representing the United States in Montenegro

Bix Aliu is the first and only Albanian given the highest diplomatic position in the United States of America. He was recently chosen to represent the States as the Deputy Chief of Mission of the United States Embassy in Podgorica, Montenegro. Born and raised in Chicago Illinois, Aliu is the son of two Albanians from the region of Zajasi – Kërçovë, Macedonia, who have migrated to the United States during the beginning of the sixties.

Before being nominated as the Deputy Chief of Mission at the US Embassy in Montenegro, Aliu has served as Cultural Diplomacy Course Coordinator at the Department of State’s National Foreign Affairs Training Center. In 2009, Aliu served as a Special Advisor and worked on domestic policy for Virgina’s Second Congressional District.

Aliu served as the Deputy to the Public Affairs Officer and later as the special assistant to the Ambassador in Skopje, Macedonia. Aliu was involved in the Rambouillet Peace Accords and later worked with the U.S. Special Envoy during the crisis in Macedonia.

Bix Aliu has received numerous U.S. State Department Awards including Superior Honor Award and Meritorious Honor Award. Amongst other recognitions by the Albanian community, Bix was chosen as the “Person of the Year” in 2008 by the Albanian-American community of Chicago.

Xhevat Kastrati is a senior student at the South-East Europe University in Tetovo, Macedonia. For his last years of studies he gained an exchange program scholarship to continue studying in Ljubljana, Slovenia. His bachelor studies are focused on Business and Economics. Nevertheless, Xhevat's interests and hobbies are much more widely spread. Having the chance to travel during the past years, Xhevat's interests in culture, art and social phenomena’s grew with time. Thus, in the future, Xhevat wants to continue to make his impacts in society by writing poetry, taking pictures or simply by talking to people. His past experiences also include different studies through seminars on human rights, ex-Balkan wars reconciliation processes, and managing conflicts through art.