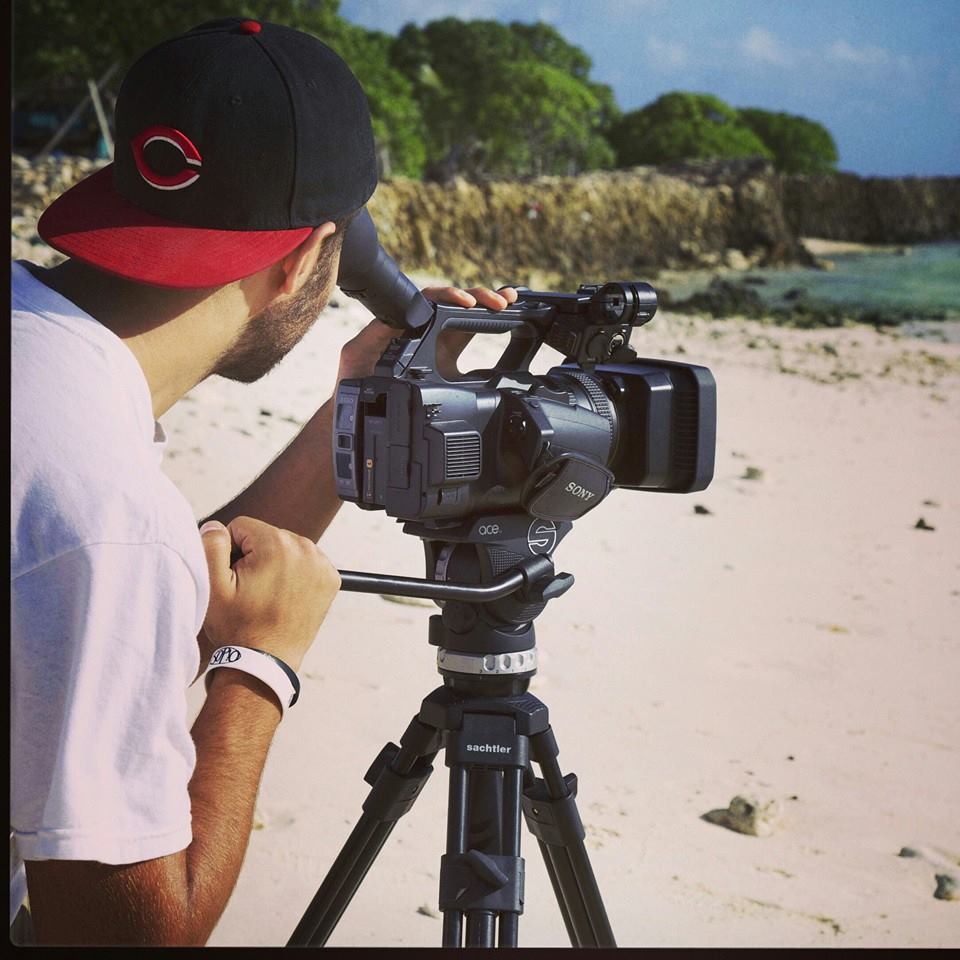 Andi comes from Peja but has been living in the UK for most of his life. This freelance filmmaker just recently graduated with a Film Studies Degree. His most recent project is the ‘Sinking Nation’ documentary which he directed and co-produced with the Emmy Award winner and film producer Graham Sheldon.

KD: How did you get into this project and why?

I was introduced to Graham through a friend so I told him about my idea of a documentary in Kosova. At that time Graham was planning the Sinking Nation  so he offered me to direct it. This is a documentary based on the Island of Kiribati [kirr-i-bas] in the Pacific Ocean, which is thought to be one of the first islands to fall victim to climate change and rising sea levels. I was invited to direct this documentary and work with Graham Sheldon (Writer and Producer) and Mike Miller (Director of Photography), both incredibly talented film producers from San Diego. The republic of Kiribati is the least visited country in the world, so I felt privileged, not only to have the opportunity to work with great producers but to be placed at the climate change frontline awareness. Through this documentary I hope to increase people’s knowledge of the damage of global warming and its impacts.

KD: You were born in Kosovo, what connects you back to the country?

Firstly, and most obviously – my family. Most of my extended family lives in Kosovo and even though I was raised in London, I feel a strong connection with Kosovo and my hometown specifically – Peja. I feel quite privileged to have the best of both worlds, living in one of the biggest capitals in the world and also having a Balkan heritage, which I’m very proud of.

KD: Do you feel you have a certain role as a diaspora member?

Yes I do, aside from raising awareness to global warming impacts I want to work in a way that preserves who I am, my identity. I want our region not to be remembered only as a place of war and destruction, but rather that of harmony within the arts. I feel like the young generation can do this. I feel that there is a huge potential in Kosovo waiting to help humanity progress.

KD: Are you planning any projects in Kosovo?

I definitely want to work in Kosovo; I have a few projects in mind but nothing that I want to publicize at the moment. Furthermore, through my work I want to link and collaborate with other film makers.