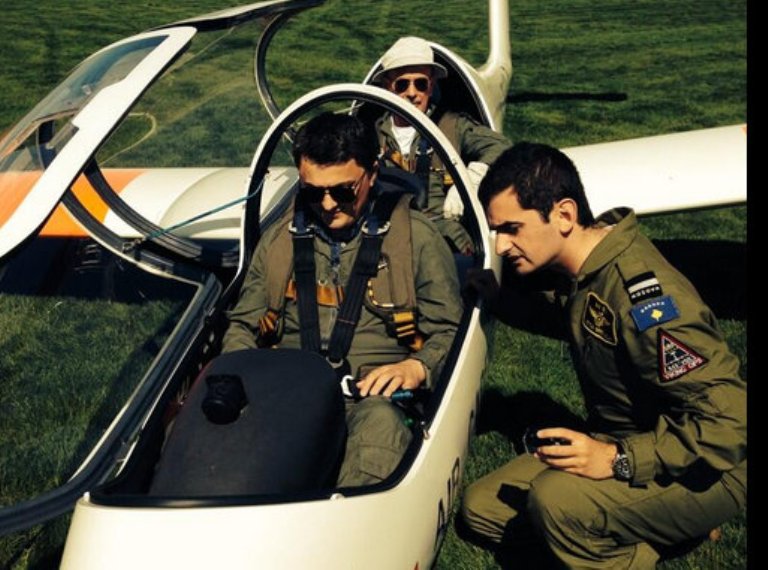 The Kosovar Ambassador in the United Kingdom, Mr. Lirim Greiçevci on 16th of April had the chance to fly with one of the pilots on the training at the RAF Military Air Base “Syerston”.

“Today I had the chance to visit one of our cadets, a pilot in the training at the British Military Air Base. Without a doubt, flying with Veton has been a special experience indeed” Mr. Greiçevci wrote on his Twitter account.

Veton Breznica has just finished the year long training for his engine-less aircraft. Similarly, Albert Asllani is another lieutenant who has finished the same flying course two years ago. General Kastrati had decorated the young officer for the achievement and successful representation of the KSF. There is a total of 9 KSF officers that have undergone this particular training, who have previously finished their studies at the KSF University Studies in Kosovo.