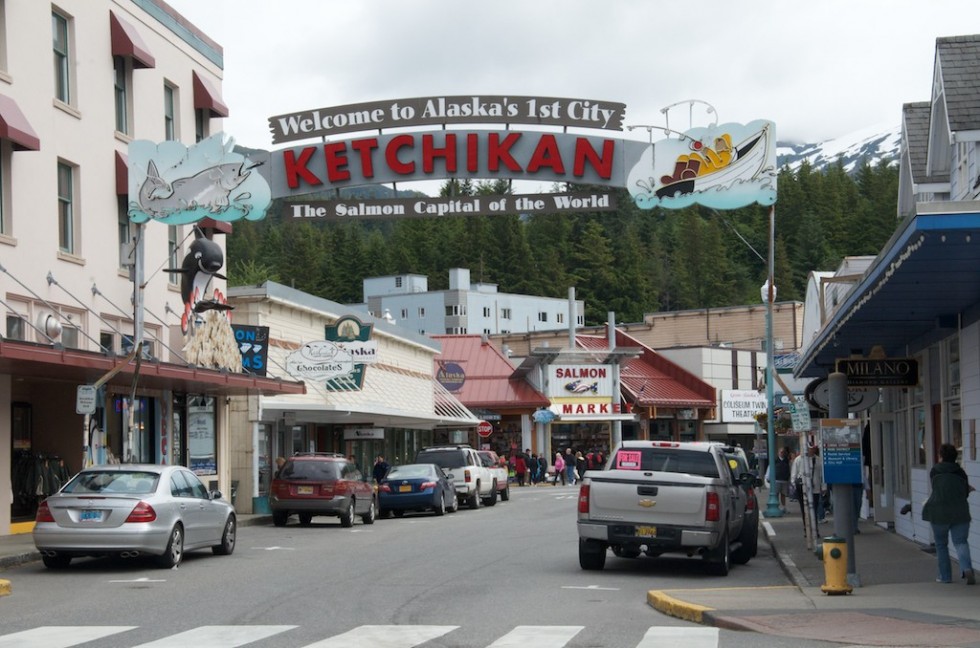 Albanians in Alaska: Finding their niche in local transportation services.

At an online Albanian community, someone posted that it is terrifying that people are not aware of Albanians in Alaska. Their size? Structure and focus? There are still no answers. I do think that it is important to know of this little community, relatively little. Based on information given from residents of Alaska, it is claimed that there is an Albanian community living there alongside communities from Korea, Russia, China, Africa and South America. Mainly, they are Albanians from regions such as Prespa, Struga, Ohri, Dibra, Kercova, Albania and Kosovo.

Most of the Albanians are hired as cab drivers or are  restaurant owners as well as have their little construction firms. Since these jobs, except for fishing, are the highest paid. Alaska, has interesting incentive techniques to encourage Americans at populating this cold distant place.Newspapers in the United States, at their employment section, advertise job listings from Alaskan Fishing companies that give paycheck as high as 1000 or 1500 dollars per week.

Albanians in Alaska live just like other emigrant communities. One Alaskan Albanian, claims that through his searches in the internet, has learned that since 1992 Albanians alongside South Americans, Koreans and Chinese have been populating this region. A daily newspaper claims that as a community they are not very organized, however, they still operate under an umbrella patriotic organization.

It is claimed that the number of Albanians varies between 300 and 500. Alaska seems to be a perfect quite and peaceful place for them to live. One member of the Albanian community stated that : “We definetly miss our homeland, we visit it every summer. The flight from Alaska to Europe lasts 9 hours. At every festivity, we organize ourselves, especially for the Flag Day, Albanian Independence day, festivities that bring all Albanians together from different religions and regional backgrounds.

Most of the cab drivers in Alaska are emigrants, the majority being of Albanian or Korean background, they will keep you entertained throughout your ride with their stories for the frozen ocean between the States and Russia.

The town of Bethel in Alaska has been crowned the capital of cabs in America. This made possible due to the disproportional number of population and cabs, it is claimed that there are more cabs than people. Bethel, with a population of 5,800, with 93 cab drivers, or on average with one cab per 62 people. This is the highest proportional number of cabs per persons in the US, this is all based on information provided from Alfred Lagasse, vice president of Central Taxi Agency , ASSN Limo &Paratransit.

Furthermore, Betheli has only a 10 km stretch of paved roads, with additional 20km side roads, that have been claimed by nine cab drivers.

Cab drivers spend mor of their time on paved roads, that create a connective tissue between popular destinations such as : stores, post office, hospital and airport.

“This is what I do on a daily basis so tourists and other community members get to their destinations” says cab driver Bilal Selmani, famous in his town. Everyone calls him Bethel’s Lincoln. “Every hour, every day, every month, to and fro for thirty years I have been a with these people” says Selmani with a warm smile.

“Cabs are on the move day and night, fog and frost down to -40 degrees Celsius” says another cab driver of Albanian origin named Xhemal Saliu, nicknamed Jay Saliu. “Cab drivers here have been on duty for a long time, you can ask anyone for us, they will know our name” INA