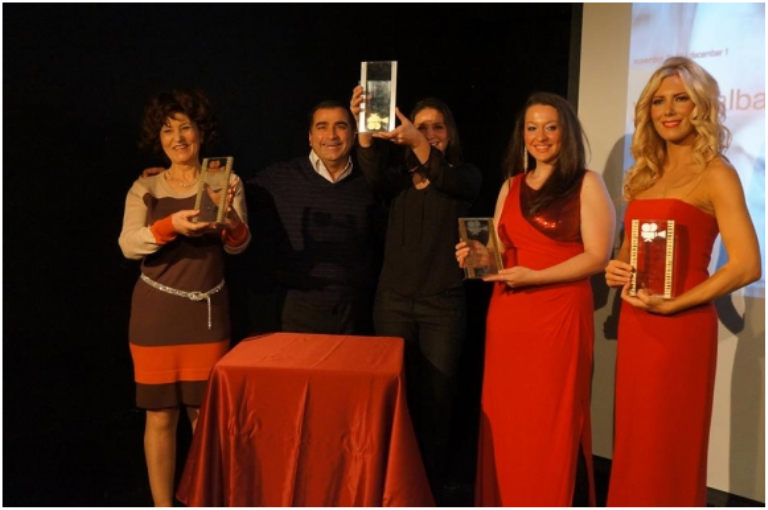 Albanian talent at the forefront

One of largest cultural magnets in the world has welcomed yet another Film Festival, this time with Albanian talent at the forefront. With nineteen movies running for six prizes, the three-days long festival of young cinematic artists has given a rare chance for Albanian talent to represent itself, giving the diverse jury of the festival a hard time.

“It is quite challenging and a great sacrifice to pull out a festival in the biggest world center. We are a small nation but posses great artists, which makes up for dignifying representation”- said New York General Consulate Bekim Sejdiu, of the Albanian Young Filmmakers Festival. The Movie “Weekend”, directed by Ergys Lubonja,  has been awarded “The Best Short Film” at the festival, which lasted for three days in New York, U.S. The festival concluded on December 1st. “The Best Script” on the other hand was awarded to “Death of Grandfather Trifoniot” with screenplay’s authorship of Xhoslin Rama who was the movie’s director while the “Best Director” went for “Acropolos” directed by Blerdi Malushi.

In this festival of young artists, there were a few special prizes. One such of “Best Lead Actor” went to Bislim Muçaj for his role in the movie “Silence” by Bekim Guri; “Best Lead Actress on the other hand was awarded to Lyra Xhoci for her performance on the movie “Hope” by ValonJakupaj, and “Best Documentary” was reserved for “Recyclable Life” by Blerina Gjoce.

The festival was welcomed by the Kosovo consulate in New York, Bekim Sejdiu. “This is the second film festival taking place in New York during November. It’s my pleasure to be here on behalf of Kosovo and congratulate organizers on their magnificent work. It is quite challenging and a great sacrifice to pull out a festival in the biggest world center. We are a small nation but possesses great artist, that makes up for dignifying representation,” Sejdiu stated.

The best selected movies out nineteen running ones, have been evaluated by a jury of: Kosovar director Arta Kallaba (Jury’s President), Ermia Babamusta (founder of Peace Action Foundation) and the publicist Violeta Mirakaj.