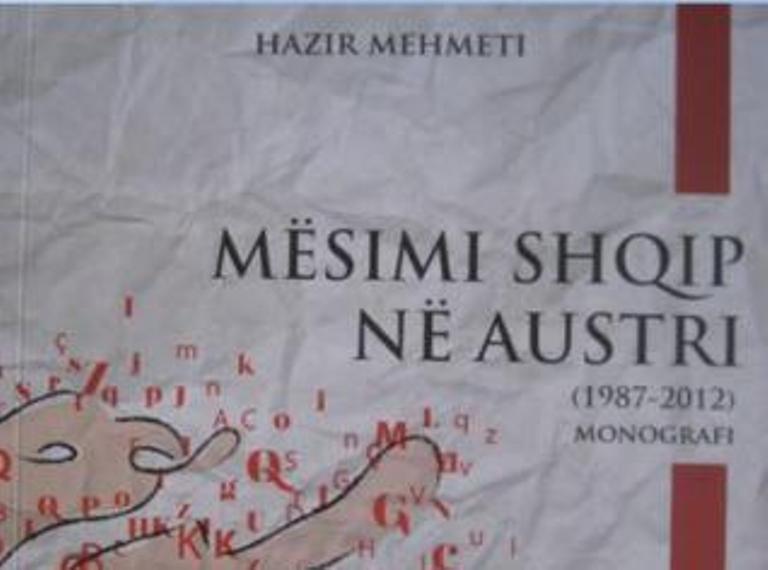 “Mësimi Shqip në Austri” was promoted and published last week at the National Library in Prishtina. It is an academic publication of a research based study of the archived sources that shed light to the long lasting tradition of Austrian interest within the Albanian language. The publication of this study was done with the help of the Diaspora Ministry.

Once again, Austria has brought itself within the radar of Kosovo Diaspora. Austria is one of the few countries where the Albanian language is taught regularly and with astonishing results. Among the 24 languages taught in Austria, Albanian language is of special interest. Relating to an earlier find, where Austrian linguists have found, what is claimed to be the oldest account of Albanian writing.

Out of 13.560 pupils declared as Albanian native, only 2101 actually attend Albanian language classes offered in Austria. This is a stark disproportion when one compares the favoring legislation and opportunities offered through the Austrian Ministry of Learning. There are 24 teachers assigned within the 9 federal districts. Adding to the favorable legislation is the recent publishing of the Diaspora Albanian Primer, standardized and suitable for modern day learning.

The author explains how Vienna, has been for decades a host city to many important Albanian historical figures and events, from Art to Politics, Albanians have had their important input within the socio-economic life of Austria. It is also noted that the constant infuse of Albanian population has had an impact within their own culture, thus a written account on the diaspora and its cultural development have been key drives behind the monograph.

“Mesimi Shqip ne Austri”(1978-2012) is not but limited to the years and the language, it endorses a wide variety of factors and people that have contributed and continue to input within a better understanding of the Albanian Culture.