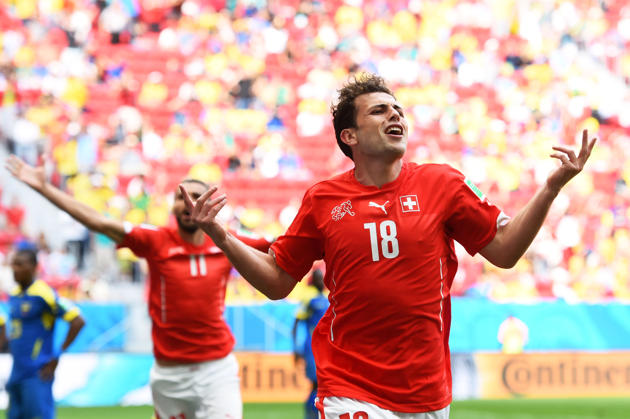 Admir Mehmedi visited the Gostivar City Stadium and attended the training session of FC Gostivar, the soccer team of his birthplace. He was the first Albanian player to score in a World Cup tournament, in the match that Switzerland won against Ecuador.

Swiss player of the Albanian origin, Admir Mehmedi, who is on a visit to his hometown in Gostivar, has watched the first training of the FC Gostivar. Mehmedi played for the Swiss national team in the World Cup “Brazil 2014”, scoring a goal. After returning from Brazil he had decided to spend the holidays with his family in Macedonia.

Mehmedi was born in Gostivar, but when he was three-years old he had migrated to Switzerland together with his parents. Currently he plays in the German Bundesliga for Freiburg.