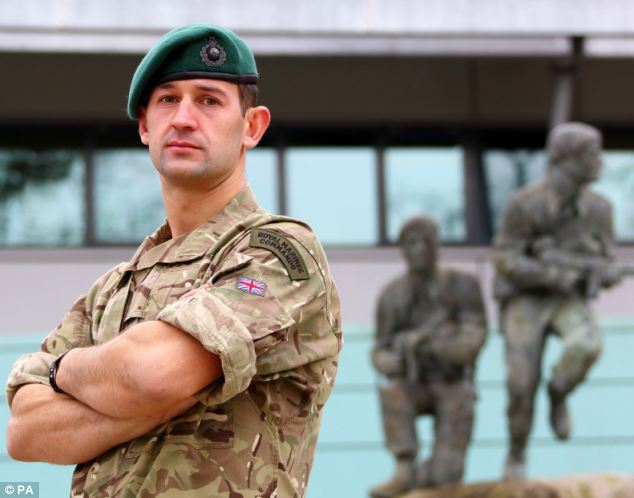 A Kosovar refugee’s journey to the Royal Marines

Arben Islami’s story is nothing short but movie-like.  As a 12 year old boy, Islami watched the British Royal Marines march into Kosovo following the 1999 conflict, it was then and there, Islami had found his life goal. In 1999, Islami had left Kosovo for United Kingdom in search of relatives and in July 2012, granted citizenship and full rights to join the marines. “I wanted to join up and give something back to the country that helped me so much” said Marine Islami.

As a child, Islami had witnessed the Royal Marines enter Kosovo in 1999 and at that point, he realized that he wanted to become one of them. After arriving in the United Kingdom, Islami was placed on a foster home in Birmingham, where he went to school and learned English. Currently, Islami is married and has a family to take care of, thus he also practices the profession of a bricklayer, however, this did not keep him from completing the 10 week long Commando training at Lympstine and becoming a Marine Reservist.

‘It is a huge privilege, particularly coming from another country, to join the Royal Marines because they are one of the best forces in the world.’ claims Marine Islami (Mailonline).
Marine Islami is excited for future deployments and commitment to the Marines, he continues to train with the Reservists and also working his day job of a bricklayer.