Last year, I wrote about a “co-working open experimentation space established exclusively for technological, educational, cultural and scientific purpose” called Prishtina Hackerspace (source). The work space has since had a positive impact on its community; engaging the local youth into experimenting and learning with technology while contributing towards building a stronger tech scene in Kosovo.

Prishtina Hackerspace will soon celebrate its first anniversary and in an effort to keep the initiative up an running for years to come they have launched a Kickstarter crowdfunding campaign called “Let’s build a Hackerspace in KOSOVO”:

At the time of writing they’ve collected $12,483 in pledges of their $15,000 goal. With 24 days left in the campaign, they still need to raise $2,517 in pledges.  So there’s still time to back this project and ensure that Kosovo still has its very own Hackerspace.

Supporting this initiative also means that the community will continue to enjoy engaging in tech related events that the Hackerspace helps facilitate. Events like Wiki Women Camp, where participants collaborate with the Girls Coding Kosova community to learn how to create and edit Wikipedia articles: 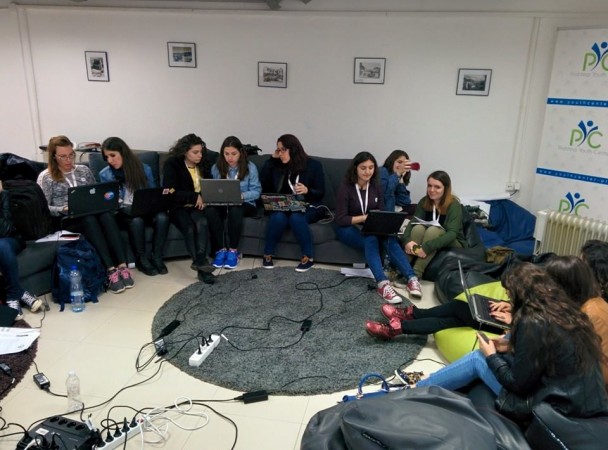 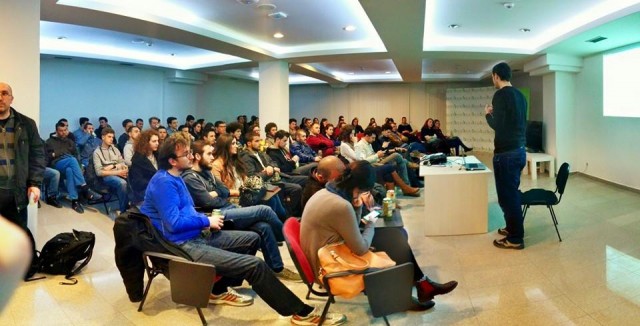 There was also the “OMADA” e-learning training with Girls Coding Kosova where participants followed a series of classes that taught them how to build websites and phone apps: 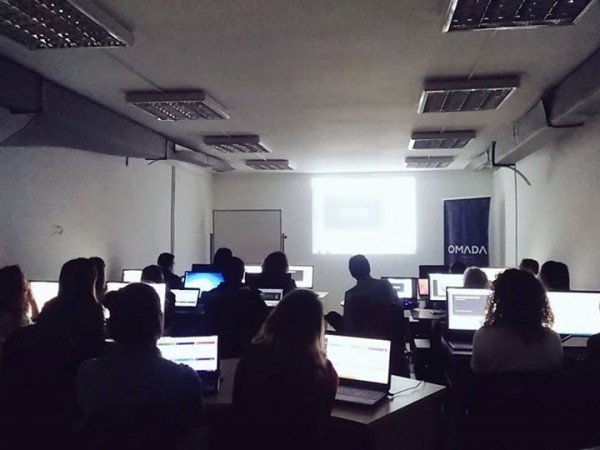 Be sure to check out the Kickstarter Campaign for an in depth description of all of their activities and remember that every little bit counts!

“From concept to success: Virtual Diaspora Registration – Goals, challenges and opportunities.” The virtual diaspora registration has received another boost of ideas with a discussion forum held at the consulate general of the Republic of Kosovo in Geneva. This time, the meeting led to a gathering of more than 30 representatives of various associations of the canton of Geneva and Vaud canton. Mr. Arjan Kashtanjeva, has played an active role on making this discussion forum a reality, by directly involving the Kosovar consulate, the discussion had received a boost in attention.

The discussion started with introductory remarks and a greeting by the General Consulate at the Consulate of the Republic of Kosovo in Geneva, Mr. Ramadan Avidiu. The creation of the Ministry of Diaspora and the daily work of the consulate makes affects have been highlighted for their importance on facilitating contact with the Kosovo diaspora community and Kosovar institutions. Mr. Avidu has been closely observing the development of the Kosovar Diaspora; himself being a part of the law of diaspora, Mr. Avdiu is a well-known figure in the Swiss Kosovar community.

Following,Mr.Migjen Kajtazi presented the web platform kosovodiaspora.org through emphasized its importance and the scope of commitment in promoting a positive image of Kosovo. Kosovodiaspora.org has been praised as a reliable and updated news source where Kosovars of various backgrounds received the much needed attention in promoting the diaspora’s true value.

A big part of the discussion has been focused on the possibility of the current registry having flaws on its approach. A number of participants claimed that due to its voluntary nature, the registry is predestined to not fully reach everyone, thus be unable of presenting a real situation. Another participant pointed out that lack of information is what makes it difficult for the registry to have a desired reach.

A number of individuals have been continuously working in making the forum a reality: starting from Liza Gashi, Migjen Kajtazi and Arjan Kashtanjeva.

Mr. Kajtazi and Kashtanjeva contacted representatives of the Albanian associations active in the cantons of Vaud and Geneva that brought the participation of the heads of associations and NGOs as: Albanian community represented by Mr. Ali Ahmeti, www.cageneva.ch, representative of the Swiss Institute of Albanian Studies represented by Mr. Bruno Kajtazi, www.iseal.ch, chairman of the association VIEW, Sir Mentor Ilazi, chairman of the Association of Albanians Gods Nionit Fadil Adam and active personalities close to the community as Sir Dzemaili Berisha choreograph.

The greater community was reached through electronic addresses, phone calls and new media such as dialogplus.ch and albinfo.ch

The digital world has long been utilized by young Kosovars, breaking the geographic borders through virtual travel has become a source of both work and pleasure. Starting from 5th of May, Hasan Prishtina University will be holding its annual virtual career fair.

For both students and graduates the virtual career fair is a good opportunity to communicate with the representatives of institutions, companies and organizations that offer jobs, internships, courses, training and scholarships.

The uniqueness of this exhibition is the development of the virtual platform, which is the added value of professional services at the University of Pristina “Hasan Prishtina”. The virtual sections are: General information for KPA, information on education, counseling and career guidance, tips for students and graduates.

The Virtual Career Fair has opened up on 5th of May and will last until 7th of May 2015.